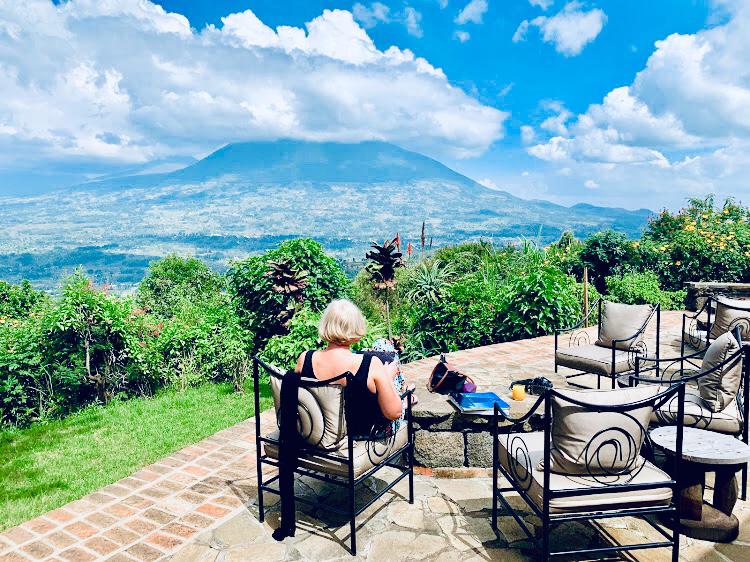 This park is located in north. This area is dominated by extinct volcanoes, which are home to unique species: the mountain gorilla, close parent to mankind, which you can discover face to face  in Volcanoes National Park. Five monsters rise towards heaven under the thick mantle of mist amid the impressive grandeur of tortured landscape. They form a mountain range of gigantic proportions, the highest peak of which, the Karisimbi reaches up to height of (4,507 m), Bisoke (3,711m), Sabyinyo(3,634), Gahinga(3,474), and Muhabura (4,127).

In this region there is a direct relation between altitude and the fauna and the flora. It is therefore not astonishing to find a succession of groups of vegetation with well-defined limits, divided into five stages from the lowest the mountain forest to the highest, known as the Afro-Alpine, consisting of groups evergreen bushes. But the most interesting stage is undoubtedly that of hagenia (hagenia abyssinica) at between 8,500 and 1, 1000 feet of altitude. These strange trees are from thirty to sixty feet tall and have a tortuous trunk and low branches covered with a thick coat of lichen which encourages the growth of numerous varieties of orchid. While the mountain gorilla is the most extraordinary and most interesting of the fauna of the   park, mention should also be made of many other interesting species. Of these, the forest elephants, smaller than his cousin of the savannah, does not hesitate, in spite of his weight and size, to climb the steep slopes of the volcanoes.

This forest cover is propitious for three species of ungulates-the forest hog (Hylochoerus meinertzhageni), the yellow-backed duiker and the black- fronted duiker (Cephalophus nigrifous). The last- named little antelope is very common and often visible. Of the other ongulates, the buffalo and the harnessed antelope should be mentioned. The birds, too, are of particular interest, since some species are very rare and are found only in the high mountainous areas. More than one hundred forty species have been defined, the most spectacular of which are the mountain touracos (Ruwenzornis johnstoni) and the very fine black partridge (Francolinus nobilis). Mountain gorillas are of impressive dimensions; some males attain over six feet in height and weigh 220 kg. The head is massive and huge jaws are equipped with powerful teeth. Far from being an aggressive animal, as the legends claim, the gorilla is gentle and peaceful in its habits. It is only when he is threatened that he adopts an intimidating attitude which, it must be admitted, is not very reassuring for he then howls in a most frightful way and beats his chest with his fists.

Mountain gorillas are very sociable animals and form themselves into groups of from three to more than twenty. Being sedentary, they are continually looking for food in a living space which is comparatively restricted. They are active only during the daytime and build nests in which to pass the night. The nests built in trees are occupied by the females and young ones, while the males and some females seem to prefer nests on the ground. Their food consists of bamboo shoots, a sort of wild celery of the umbelliferous family, leaves, tubers, red ants and some insects etc.   There are twenty habituated groups in the Volcanoes National Park among thirteen of  them purpose of tourism ( Sabyinyo, Agashya, Susa, Amahoro,Umubano, Isimbi, Hirwa, Kigoma,Igisha,Muhoza and Kwisanga, Isimbi formed by a new Silverbacks and Kwitonda from Democratic Republic of Congo) and three for research such as Pablo, Kuryama, Intambara, Isabukuru, Urugamba, Inshuti,Titus. etc.

Volcanoes National Park _ The Most Bio diverse Site in Africa 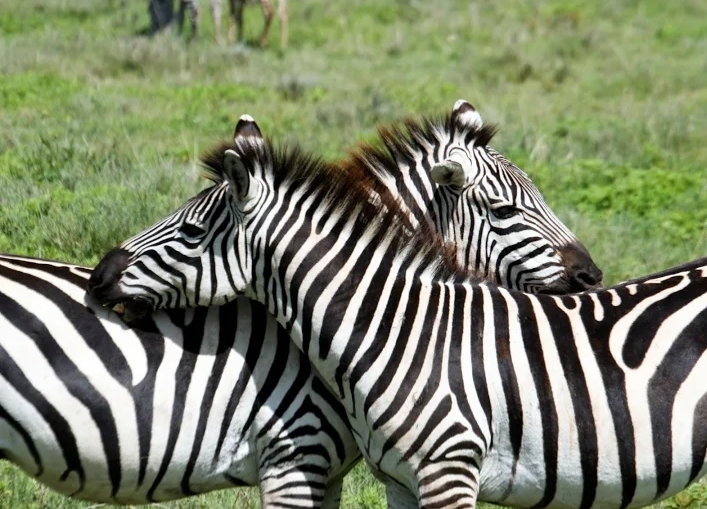 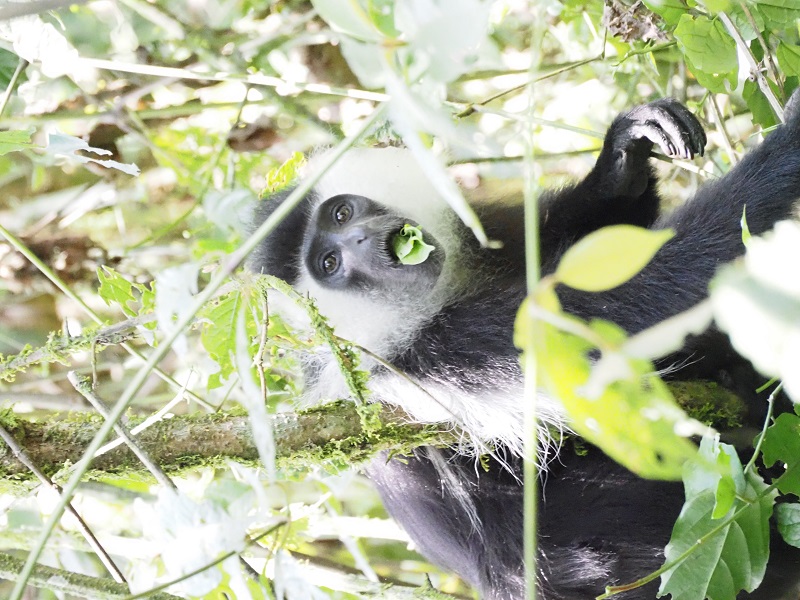